Are you sure you want my story?


Howdy. How’re you doing? Here’s my story. If you insist.


I’m a Cowboy here in Canada’s Boundary Country. It is a place where people have been coming for decades to find their fortunes. Others came for peace of mind.

It’s cattle country in the mountains of British Columbia. Winters are cold. Lots of snow here. Summers are really, really hot. It’s dry. Not many folks stick around and stay here.

I’m here for solitude and self-discovery. I hope to build a cabin before winter. I like it here. It is a pure country. A place where I can be myself. Maybe, I will stick around for a while. I hope to stay a little longer this time.

As you may have guessed by now. I’m not really a Cowboy - just a pretend one. I play Cowboy. Dress up like one. Walk like one. It was my favourite game growing up. I still like to be one.

I often played Cowboys and Crooks on the farm in Africa. It allowed me to be someone else. A formidable man that said what he meant and meant what he said. A fair man that held people accountable. One that solved problems. A kind man that took care of others. I’ve always admired the Cowboy values and lifestyle. The freedom to roam. Freedom to be who you are and who you want to be. A pioneer, an explorer. Someone valued and admired.

“A Cowboy from Africa?” you ask. Yes, there’s no Cowboy drawl in my accent. This is where my story starts. I am out of place. I was born in South Africa in the early seventies in a “Boere” family. We are a people of Dutch, German, French Huguenot descent. Colonialists that are four hundred years removed some would say lost, from our home continent.

People will tell you that I arrived at the “wrong” time, country, and place. Today, I have the “wrong” history, speak the “wrong” language, have the “wrong” gender and am from the “wrong” race. I am the undesirable - a “Heterosexual White Afrikaner Male” - the misfit of our time saddled with a curse.  We call it “Boer.” 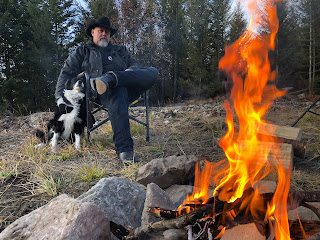 My brand is so out of fashion in the liberalized West that we are loathed for who we are and what we represent, and at the same time, cherished for our culpability.

In today’s world, my identity is a swear word - “A White Heterosexual Male”!

What I am, is revered as a symbol of what should be protested, fought, destroyed, blamed and extinguished. I am charged with the sins of man. I am the racist, the colonizer, the molester, rapist, oppressor, terrorizer, the privileged, the polluter and the destroyer.

I am the scapegoat of the 21st Century.

When I left South Africa in 2001, I thought there was something wrong with the place. South Africa was the last African country that went through a generally peaceful transition from white European rule to black African majority rule.

The writing was on the wall for people like me. New laws were instituted to exclude us. We were driven from the workplace. Our language denied service. Our education was cancelled. Our business appropriated. Our history was denied, our resources filched, our future slain. We were culturally, racially, and in some places, even physically ostracized. Overnight, the oppressed became oppressors.

It was only a matter of time before they would come for our families. Eventually, they did and still do.

Twenty years ago, I naively thought that moving to a “better” place would afford me the freedom to be a professional, competent, committed,  hardworking man who could focus on creating a future for his family in a new country. I thought that escaping my circumstances by emigrating and taking on a new identity, and adopting a new, more acceptable culture, will put me in a place where I could be just a person. Where I can be held accountable for what I contribute, and rewarded for what I give, instead of being ostracised for my gender, sexuality, race or heritage.

I was hoping for a fair chance to solve problems, create value and an opportunity to help build my adopted country’s future. Where my contribution as a human is appreciated. Where I am regarded as a citizen and a person with substance. Where I can cherish and be proud of my adopted culture.


I trekked to New Zealand and became Kiwi. The curse of Boer followed me. I moved to Canada. Again it followed.

I may have believed that the movement to destroy the White Heterosexual Male was a South Africa phenomenon. That it is something uniquely afflicted to South African born Dutch, German, French Huguenot male descents. After three continents and twenty years of moving, I’ve discovered that it is, in fact, not my personal problem and not that of my fellow White South African countrymen. It is now a western society problem.

In Canada, New Zealand, Australia, Europe, and the USA, the White Heterosexual Male has a bullseye painted on his back. We are under siege. We are in the sites for everything that is considered wrong with the Western world. My fellow men, like me, are discovering that we are running out of places to go. I, myself, moved on many times over. I’ve played Cowboy, Kiwi and Canuck and many other roles to try and escape the curse of Boer. It only bought me time over the years. As I kept moving from country to country, persona to persona, I’ve grown.

I’ve now come to appreciate my curse. I know who I really am, who I should be, and want to be. The problem is not with me.

Hiding in identities was the safe choice then. It made the most sense at the time by providing a cloak for blending in. It somehow still does. It allows me the freedom to be someone I like - a cowboy, a man. To say what I mean and mean what I say. A fair man that holds people accountable and helps to solve problems. Someone with good values and responsibility. A kind man that takes care of his family and his people.

I am on strike!


Let society know that I am a person that once had hopes, dreams and ambitions. I’ve now withdrawn myself from this world. I am tired of its rabid social agendas and moral gymnastics. I now deny it my skill, insight, resources, energy, contribution, and value. I’ve closed my businesses. I’ve sold my assets. I am wearing black as a symbol of my departure. It is my protest.

They no longer have my White Male contribution. They don’t want it, anyway.

I’ve come to realize that there is really only one true identity that matters. The one that should matter to me. For me, it is the one I’ve been born with. When I stand alone here in the Boundary Country, next to my campfire under the starry night sky, there is no more need to pretend. It is only me. 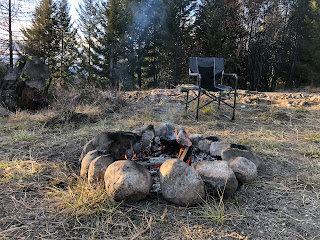 The setting reminds me of my home - my bush in Africa. I am Boer. It is all I can ever be. It’s all I can offer. I am a White Afrikaner Heterosexual Male. I also know, no I hope, that somewhere, sometime, it may mean something good again.

Boer on the Boundary