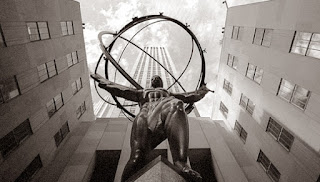 In 2010, thanks to a fortuitous incident with a short sighted luddite CEO, and a spineless Executive VP, I was given the phenomenal opportunity to step into the world of being a Producer. I embarked on a sabbatical from IT management, and devoted my attention to journey towards the truly authentic. Towards something I make that is “real”, that I can taste, touch and smell. After 20 years in the IT industry, it felt as if what I do, held no real value. I produced nothing. It certainly was not appreciated by those I am doing it for. It held no value for me personally. So, why bother?

I took some time out, and wanted to make something that is valuable to me. Something real and authentic, in which I can recognize artistry, mastery, fulfilment and purpose. With no knowledge of Coffee, Gelato or Nougat I embarked on a dramatic learning curve to build my own Gelateria in small-town Southern Alberta, Canada.

Why a Gelateria? Because there wasn’t one. I remembered that some of my happiest times of my life was sharing a cup of coffee, or going for an ice cream with a friend or family member. I therefore embarked on a mission to pull the most authentic Italian Espresso, make the most authentic and classic Italian Gelato, and the best Honey Nougat I’ve ever tasted. If the coffee, Ice Cream and Nougat is good. Think of how good the friendships can be with them. Figaro’s was born (www.figarosgelateria.com).

The journey was by no means easy. Don’t start businesses you know nothing about. But, while chipping away at the challenges of producing a truly authentic, quality product amongst a colossal industry of substitutions and fakeness (more about that later), I’ve come to learn some valuable lessons. The most important lesson I learned was: How to creatively produce. How to become a Producer.

Why is this the most important lesson? What follows should provide some perspective on the value of production, and why I consider myself now part of this neglected minority that has given us so much, of what we have in society today.

Creativity heals.  By creating, we transcend ourselves, we become more than we are, and greater than we conceived. Our creations extends us, expands us.

When we as Producers practice our form of artistry, we realize self-value. When others recognize our products, and derives value from it, it transforms them too. Therefore, production has social value, extending beyond the Producer to the group. When Producers offer their creations for the benefit of others, it unlock commercial value, an equal exchange for the benefit of the other, and an incentive to for continued pursuit of the calling. It is this commercial value that forms the foundation of commerce, of the market, which in its part, is the lifeblood of civil society.

Producers, like artists are visionaries. They routinely practice a form of faith, seeing clearly and moving towards an elusive creative goal. It is often visible to only them, but invisible to those around them. It is their work that creates the market, not the market that creates their work. Producing is an act of faith. It is a solemn driven desire. Producers practice this drive. It is their calling. They are called into pilgrimages on its behalf. Like many pilgrims, they doubt the call even as they answer it. But, answer it is what they do, every day, staying true to benefit themselves, and those around them. It is only in production, that the true calling of an artist transforms into the calling of a Producer.

They are the prime movers. The first movers, and also the last movers. They are true to their own truth. Producers know no other truth. Tradition and custom, what others have done before them, or what others wish them to do, doesn’t constrain them as free thinkers, but rather drives them to keep re-inventing. The Producer is a first mover, a prime mover, a creator of value, a creator in the only possible sense of the word. They are the life-giving principle itself, of civilized life. With them civilization moves. Without them, it ceases to exist.

Their work is their only reality and only great passion. Happiness depends on nothing but achievement in value. The Producer finds in that achievement, a sensation beyond happiness, a sensation for which the word ecstasy is inadequate, a sensation which is a reason in itself, which justifies all existence: Humanity at its highest possibility. The creator of worlds.

That is why the Producer is the most precious amongst us. Without Producers, there simply is no future. They are the foundation of civilization, of civil society, and of who we are in humanity. We must celebrate those amongst us, who move us forward in producing our world, and for our worlds. We call out the Producers amongst us, that share their creations for our collective benefit.

Because now, as never before, these Producers are under threat from looters, above the law, with unimaginable fabricated rights, allowing them to deny liberty, contain free exchange of value, constraining, and take what is not theirs. They lay claim to what they never produced, and destroy the respect and dignity of work, of production, of creativity. They are destroying the one creative endeavour that transcends ourselves to become more than we are: Production.

Let us celebrate Producers, Production, and the Prime Movers: The creators of society, and of our future.

Stepping into the role of Producer certainly changed my outlook in life. What changed for me is a further realization that I developed an utter impatience with those that produce nothing and expect something in return. Through some mythical “right”, human or otherwise, bestowed on them through some external divine moral invention, they give themselves the right to deny existentialism, and destroy liberty.

I have no time anymore for those that are in the way, by inhibiting output and curtailing production. These are the ones that are busy for busy’s sake, and those that believe they have the right to take, what isn’t theirs. The decision makers with immeasurable power, yet no clue.

They are the people that steal my time, by putting me in meetings with no outcome, and forcing me to comply with rules with the only benefit, the justification of their existence. The corporations that expect my presence, yet limit my ability to be effective, and help them succeed. The “authorities”, governmental or otherwise, with little to no responsibility, that have the “right” to decide about my property, my morality, my privacy, my education, my business, food, and my freedom.

They take what I earn through taxes and levies, to give to the ones that produce nothing, under a corrupt ideology of “the benefit for the greater good”. These are the people that consider themselves justified to spend my earnings, yet have no appreciation or recognition for the effort it takes to realize it in the first place. These people we call the Looters, the takers.

Every hour of my day I evaluate my action’s ability to contribute towards a desired and valued outcome. I aim to produce something of value for myself, useful to others. If it is useful to me, it will be useful to those around me too. I am developing a laser focus on output, progress and value that move me, and those that are with me. We call ourselves Producers, the makers. It is people like us that move civilization forward.

I cannot go on strike like John Galt. But, for the cause of liberty, free market, limiting authority, and the rule of law, I will continue to wear black, and only black clothes as I’ve done for 5 years now. For this cause I will focus on spreading the message of the Producer, the prime mover, and the maker of civilization. This I will do in every possibly way available to me.

For this cause I will continue to mourn the country I left behind to the looters, and grieve for the culture and identity I had to sacrifice for the “greater good”.